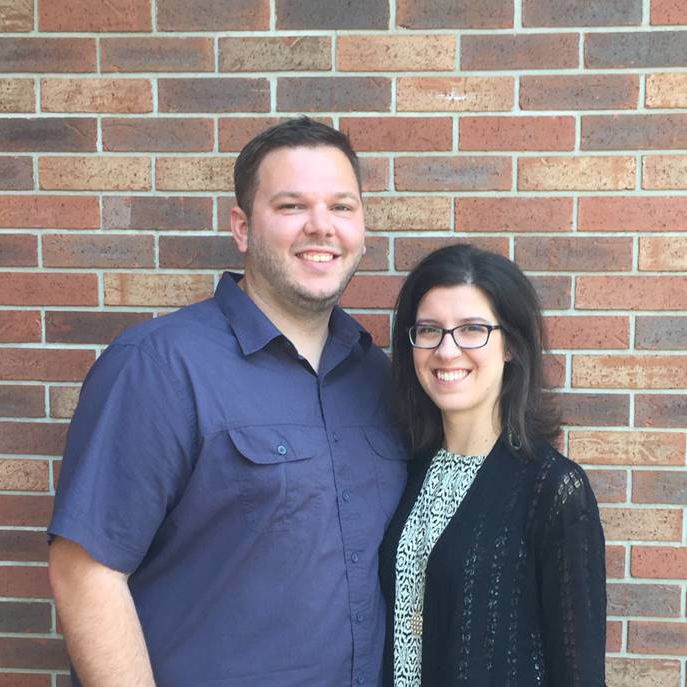 Aaron and Katie Jones have both been working in ministry for most of their lives. Long before they became a team, they each felt God’s call at young ages, beginning in performance ministry.
As a teenager, Aaron became involved in drama and mime, performing powerful biblical messages. Through that, he recognized God’s call on his life to reach young people. He began serving as a youth leader and eventually became a Youth Pastor. His mission was to give young people a place of acceptance where they could experience the love of Christ and the life-changing power of salvation. God has now called Aaron to serve as Pastor of The Ruwm. In this latest walk in ministry, Aaron’s mission as remained the same: to share the love and power of Jesus Christ.
For Katie, ministry began in the form of dance performance. She became involved in a dance ministry out of Leo, IN, as a young teen and knew God had called her there for a purpose. She was brought into leadership and trained to be a teacher. Many years later, she is now the Assistant Director. Teaching dance has become an integral part of her life. But using dance to worship in the presence of God is her greatest passion. The Ruwm dance team is being built out of that same passion.
As in all their ministry work, Aaron and Katie are a team. They met in 2010 and were married the following year, knowing from the start that ministry would be their life. They are excited for all God has in store for The Ruwm and look forward to loving and growing with the body of Christ.