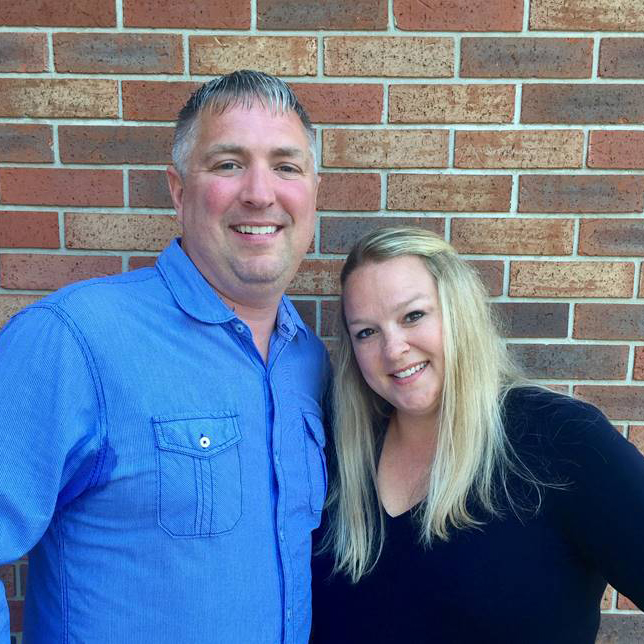 Ryan and Veronica Helser have been working in the mission field over ten years. They were the leaders of the Missions Department at their local church for eight years and now currently serve as Directors of Missions for World Mission 61. They have a heart and passion for people of all cultures and a vision that surpasses the walls of any church. Their number one goal is to bring the love and joy of Jesus Christ to people from around the world. Right now, their primary work is in Desarmes, Haiti where they have helped to institute and build a primary school for children who would otherwise not have the opportunity to receive an education. Today, those children are learning about the love of God and changing their futures.
Veronica is blessed to have been a part of a rich heritage in missions. Her grandfather, Pastor John Reid, built and ran an orphanage in Petionville, Haiti when she was a child where she spent many Christmases and summers. Her grandfather also built thirteen churches and supported numerous schools in Haiti. Veronica sees her grandfather as an inspirational mentor in building God’s Kingdom. From him, she learned that the greatest member in the Kingdom of God is a servant…one who simply loves, helps, and serves others. She knew from an early age that her calling was to be a missionary.
Veronica is a world traveler, visiting over twenty countries from around the world, including Australia, England, France, Germany, Italy, Mexico, and Switzerland. She has had much experience taking groups of people to foreign countries. She has led student ambassadors to Europe, Australia, and New Zealand through the People to People Ambassador program. As a Mission Director, she has led groups of people to Haiti for eleven years. Her experiences around the world have given her a better understanding of different cultures and the need to spread God’s love.
Ryan has also traveled extensively throughout the United States and other countries. He visited Haiti in 2005, where he immediately felt a calling to missions. Since then, he has lead trips to Haiti for the last eleven years. On one of those trips, he spent five weeks in Desarmes, Haiti helping to build a school. He has gained a respect among the people of Haiti by learning the language and embracing the culture of the Haitian people. He oversees all operations, organizing projects and heading the finances.
Ryan and Veronica have been married for thirteen years. They were blessed recently with additions to their family. They adopted two amazing children from Haiti, Jacne and Loundia, and had a precious baby boy, Brayden, in 2012 and a beautiful baby girl, Elise, in 2014. They are thankful for God’s many blessings and look forward to continuing the work in Haiti.